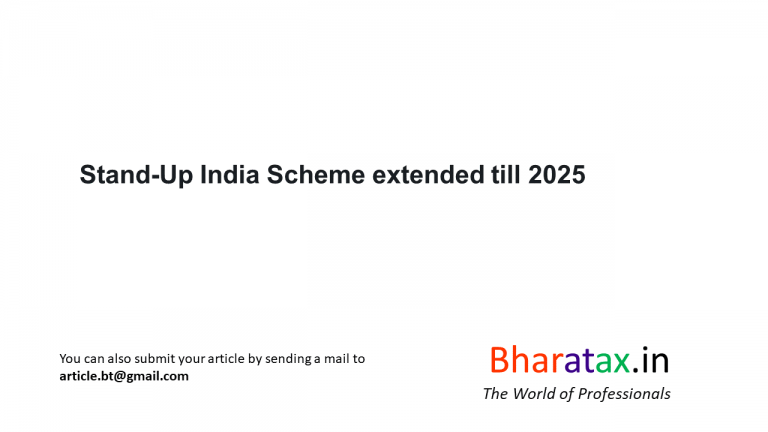 New-age skills like AI, Big Data, VR, Robotics and Internet of Things to be promoted.

The Stand Up India Scheme has been extended upto the year 2025. This was stated by the Union Minister of Finance and Corporate Affairs, Smt Nirmala Sitharaman while presenting the Union Budget 2019-20 in the Parliament today. “Stand-Up India Scheme has delivered enormous benefits. The country is witnessing emergence of thousands of entrepreneurs from women and also from the Scheduled Castes and Scheduled Tribes, most of them assisted to set up their businesses and industry with capital provided under the Stand-Up India Scheme”, she said. The Minister said that banks will provide financial assistance for demand based businesses under this scheme, including for acquisition of scavenging machines and robots.

The Finance Minister said that the Government also proposes to streamline multiple labour laws into a set of four labour codes which will ensure the standardisation and streamlining of the process of registration and filing of returns, which is further expected to reduce the disputes.

Highlighting the achievements of the Government in the field of skill development, the Finance Minister said that through the Pradhan Mantri Kaushal Vikas Yojana (PMKVY), the Government enables about 10 million youth to take up industry-relevant skill training. To prepare the youth for the future and also to take up jobs overseas, the Government will increase focus on skill sets needed abroad including language training, the Minister explained. She also added that focus shall be given to new-age skills like Artificial Intelligence (AI), Internet of Things, Big Data, 3D Printing, Virtual Reality and Robotics, which are valued highly both within and outside the country, and offer much higher remuneration.

The Finance Minister, Smt. Nirmala Sitharaman said that under Pradhan Mantri Rojgar Protsahan Yojana (PMRPY), the Government contribution to the Pension Scheme has been increased from 8% in 2016-17 to 12% for both Employees Provident Fund and Employee’s Pension Scheme for all sectors w.e.f. 01.04.2018. As a result of this measure, number of beneficiaries increased by almost 88 lakhs during FY 2018-19. As on 31.03.2019, total beneficiaries under the Scheme are 1,18,05,000 and the establishments benefitting are 1,45,512.